There is not much to report on here in Wisconsin, hopefully the new home of my ham-shack soon. I was unable to get to the July meeting due to unforeseen physical issues that just won’t go away. However, there is good news for all of us HF radio geeks. On the face of the sun this week, the first sunspot of the new Solar Cycle 25 was detected. This was a small sunspot located, in a high latitude, and it had the magnetic polarity to give an indication that this was the first spawn of the new cycle. Why is this important? 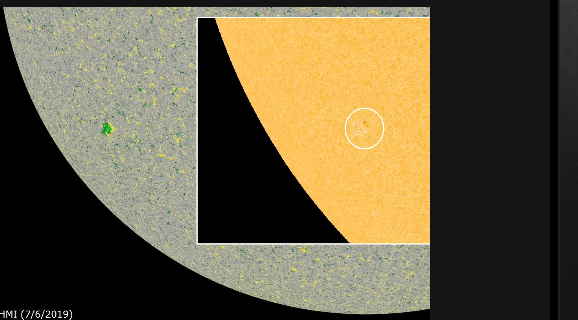 Why does anybody care? The reason this is special is because it is a year or two early. This was completely unexpected as we have not hit rock bottom of solar cycle 24 yet. So, we can expect to see cycle 24 and 25 sunspots interspersed on a gradually increasing scale going forward. This could mean that we may see more sunspots than in Cycle 25 than we did in Cycle 24. Fingers crossed.