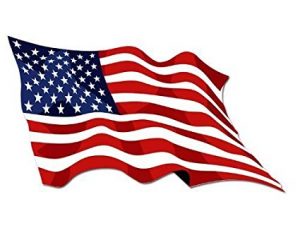 Well, it’s that time of the year, so less than two weeks after Field Day, the Schaumburg Amateur Radio Club had a Public Service Event: The Hoffman Estates Independence Day Parade. It was a beautiful day for a parade. The temperature was not too hot, starting in the mid 70’s, and warming up to the low 80’s. There was a little breeze, to help cool the participants.

For those who wanted to do so, the Village provided breakfast at IHOP on Barrington and Hassell Roads, starting at 6:00 AM. The rest of us met at 7:30 AM on Paris, east of Illinois, near the beginning point of the parade. After a short briefing, we scattered to various points, west of Illinois, where the parade units are staged to assemble in the correct order for the parade.

Before 8:00 AM, we had the net control station set up a couple houses west of Illinois, on Newark Lane. The location is fairly central to the parade staging locations, and a sign post is a good place to bungee my antenna support mast. This time, I tried the new J-Pole I just made at the impromptu Construction project in mid June. The mast I use telescopes from less than 5 feet to about 20 feet. I only pulled it up to about 12 feet, but that had the antenna well above the top of the sign post.

The main reason for the antenna altitude is because Jim KB9RGU at the review station is much further away than the operators who are in the staging area. After some of our communication regarding parade units present or not, Jim said he could hear my net control station, but not any of the other stations. That is the reason I specifically call him to ensure that he knows what units are missing from their proper location.

After the parade finished, the spectators headed back home, the parade units got back in their vehicles, and the hams headed back home. The sun was still up, the rain had held off, and as it turned out, the day was beautiful for celebrating the Independence of the United States.